Skip to content
Previous Next
Assault Charges with A Deadly Weapon

Assault Charges with A Deadly Weapon 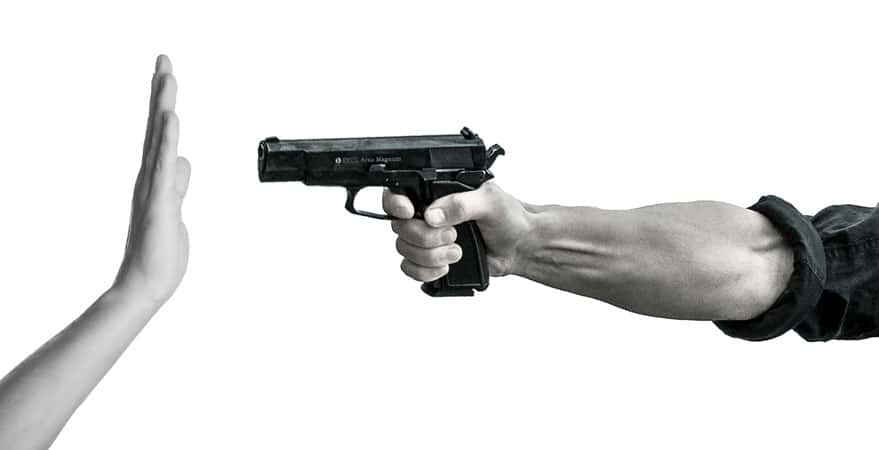 What Constitutes a Deadly Weapon?

A deadly weapon under Colorado law is any weapon that was manufactured with the explicit purpose of causing injury or can be used to inflict injury easily.  This category is generally made up of the commonly thought of weapons, specifically firearms.  This category explicitly includes, any handgun whether it is loaded or not, shotguns, rifles, revolvers, pistols, as well as explosive devices.  Other objects considered to be deadly weapons are brass knuckles, combat knives, daggers, swords, and bludgeons.

Category 2-Instruments with The Ability to Cause Injury or Death

Since this category is so broad in its definition, it includes anything and everything that could potentially cause death or serious injury to another.  This includes everyday objects that do not have the explicit purpose of causing harm or death.  Objects such as cars, furniture, tools, pipes, etc. all fall under this category if they are used in such a way that causes the death or injury of another.  Therefore, in Colorado you may face charges for assault with a deadly weapon for using most any object in a manner that harms another.

You may face a charge of first-degree assault with a deadly weapon in causes where you are responsible for seriously harming someone else with the use of a deadly weapon.  You may face the same charge if you threaten a police officer, firefighter, court officer, or detention center staff member with serious bodily harm perpetuated with a deadly weapon.  Any significant risk of death, impairment, or permanent disfigurement is considered to by serious bodily injury as defined by the state of Colorado.  If you are convicted of first-degree assault with a deadly weapon, serious penalties will result.  These include as much as 12 years behind bars, as much as $750,000 in fines, and a permanent criminal record.  Additional penalties may include probation, mandatory counseling, and community service.

You may face charges for second degree assault with a deadly weapon if you cause bodily injury with a deadly weapon to someone else due to reckless or intentional behavior.  Bodily injury as defined by Colorado law can be defined as physical/mental impairment, physical pain, or illness.  The consequences for a second-degree offense are still significant.  If convicted, you may spend as much as 12 years in prison, pay $750,000 in fines, and acquire a permanent criminal record.  You may also be subject to additional penalties including probation and community service.

You may face charges for third degree assault with a deadly weapon if you are criminally negligent with a deadly weapon and the result is bodily harm to another.  Criminal negligence as defined by Colorado law are actions that result from the failure to understand substantial or unjustifiable danger.  This could happen if you caused bodily injury to a person as a result of breaking the speed limit.  The consequences for conviction of this crime, although less severe are still significant.  They include as much as 18 months behind bars, $5,000 in fines, and a permanent criminal record.  Additional penalties may include probation and community service.