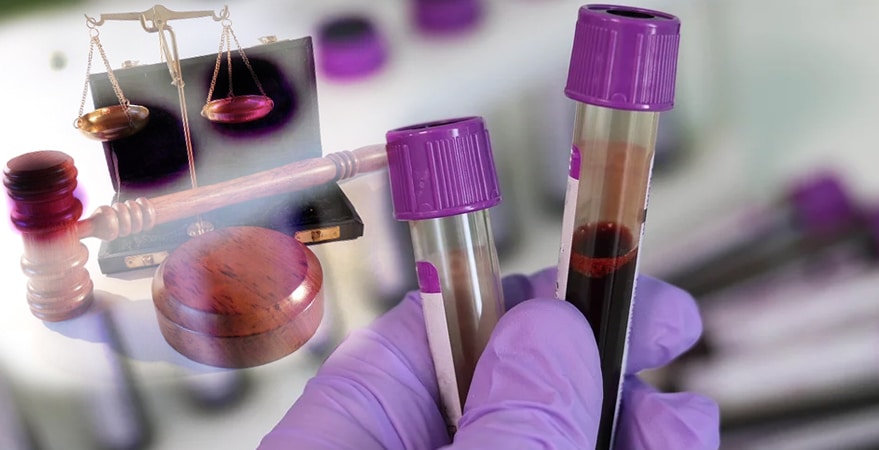 If you recently found yourself pulled over on suspicion of DUI and the officer had probable cause to arrest you, you were likely asked to submit to a chemical test. In Colorado, you have the choice of two options, a breathalyzer or a blood test. When asked to consent to a chemical test, it is in your best interest to cooperate due to Colorado Expressed Consent laws. These laws can be summed up as your implied consent to take a chemical test whenever pulled over on suspicion of DUI. Basically, the fact that you are in physical control of a vehicle on a Colorado road means you give your consent to chemical testing. While you can legally refuse to take a chemical test, it will result in an automatic one-year revocation of your driver’s license.

While there are pros and cons of both forms of chemical tests, it is up to you which test you wish to take. However, take note that once you have selected a test you may not change your mind and request the converse.

Colorado law seeks to protect your rights. As such, the arresting officer must have probable cause to arrest you for DUI and read you your rights regarding expressed consent. Furthermore, you must be informed of the two testing options and given the choice of which you would prefer.

Times When Chemical Tests Can Be Conducted Without Consent

If you caused an accident that seriously harmed or killed another, you can be forced to have your blood drawn. The same applies if you are unconscious since implied consent laws allow for the officer to order a blood test. Any factors that would inhibit a driver from being able to give consent, allows for the law of expressed consent to require a blood draw.

Accuracy of the Test

If a blood test is the preferred test method, the next step will be a medical person drawing the blood while the arresting officer observes the procedure. It is important that the blood is taken via a kit from the Colorado Department of Public Health and Environment (CDPHE).  The sample will then be analyzed at a CDPHE approved lab.

The kit includes two vials that should be filled and then shaken several times to ensure the blood has properly mixed with the anticoagulant and the preservative. This is an important step for if the blood is not properly mixed with these substances the test could produce inaccurately high results. The same is true if the anticoagulant and preservative have gone bad or if the officer fails to deliver the blood promptly to the lab as the sample may ferment or become contaminated. Subsequently, this would result in an inaccurate blood test, showing high levels of alcohol in the blood.  Therefore, it is entirely possible for a blood sample to present inaccurate results.

It is important that the sample was analyzed at a state lab as they utilize gas chromatography technology to analyze samples. Hospitals do not typically use this method; instead, they employ a faster test that often results in falsely elevated BAC levels. Statistically speaking, the hospital conducted blood tests are up to 30% elevated when testing for drugs and alcohol as compared to gas chromatography testing. Not to mention, hospitals have an increased risk of contaminating the sample which could also lend to incorrect results. Thus, if your sample was not analyzed in a state lab, your blood test could be rendered inadmissible in court.

If you received an incriminating blood test result, don’t give up hope. A skilled DUI defense attorney can ensure your blood test was conducted correctly to avoid a conviction based on faulty evidence!