Skip to content
Previous Next
Drug Distribution vs. Drug Possession 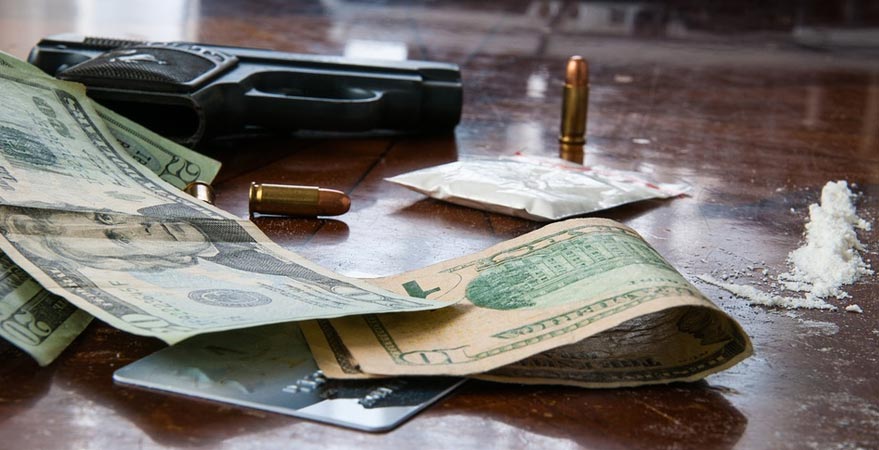 If you have recently found yourself in trouble with the law as a result of a drug-related incident, you may have a lot of questions. Colorado has a reputation for being one of the first states to legalize recreational marijuana. Despite this, there are laws pertaining to its use, as well as strict laws against a variety of other substances that remain fully illegal. Colorado takes drug possession, distribution, and trafficking extremely seriously. Thus, it is important to know the differences, as well as the impact on your life if you are found guilty of drug-related activities.

So, What Is the Difference?

If you are found to be in possession of drugs, it means that you had an illegal substance within your physical control. Make no mistake, being found with the substance on your person is not the only way to be considered guilty of possession. Simply stashing drugs in your vehicle or home is considered to be a possession, more specifically constructive possession. The law leaves very little room for interpretation in such cases. Simply put, you will be held accountable for being in possession of a controlled drug as it is implied that you were aware of the nature of the substance, as well as its illegal status. Basically, it will be difficult if not impossible to feign innocence based on a lack of knowledge of what the substance was.

Distribution, on the other hand, can be defined as providing/giving drugs to another person. It doesn’t matter whether the person paid you in some way or if the drugs were simply shared, providing drugs to another is always considered distribution. However, your penalties may be reduced if you are found to have given the substance-free of charge or service.

Federal law, as well as Colorado law, uses a scheduling system to classify drugs based upon accepted medical use, risk of abuse, and potential for addiction. Drugs that are considered the most harmful to society are at the top of the schedule, with each subsequent category through number five listing progressively less serious substances. Thus, drugs at the top of the schedule carry with them severe consequences, while drugs lower on the schedule will not be prosecuted as harshly.

When studying scheduled substances, you will notice many of the less serious drugs are commonly prescribed or can even be obtained over the counter. However, this does not mean they are legal in all circumstances. If misused, these substances can cause you to be guilty of illegal use, possession, or distribution much the same as illicit substances.

In Colorado, schedule one drugs include LSD and Heroin. At the federal level, Schedule1 also includes Marijuana; however, Colorado law no longer recognizes it as illegal since its recent statewide legalization. Despite this, it is still possible to be charged with drug crimes related to the misuse of Marijuana as defined by Colorado law.

Schedule II drugs consist of opium, cocaine, methamphetamine, and codeine, while schedule III drugs include ketamine, hydrocodone, and anabolic steroids. As you may notice the further down the schedule, many of the listed drugs are accepted for use under the direction and prescription of a licensed medical practitioner.

Schedule IV drugs include a variety of benzodiazepines and lorazepam. Schedule V substances are the least serious of the schedules including certain over-the-counter cough medications, as well as buprenorphine.

A was aforementioned, Marijuana remains illegal at the federal level. Thus, in cases of interstate distribution or possession, federal law trumps Colorado law. Additionally, it is possible to face legal repercussions for using Marijuana in such a way that is contrary to Colorado law. For example, being found in possession of an excess of one once is still illegal. Thus, it is important to understand the specific laws regarding the legal use of Marijuana in Colorado.

Drugs of all schedules can result in a host of life-altering, severe consequences. With so much at stake, you can’t afford to hope for the best after an arrest for possession or distribution. Contact an experienced attorney immediately to better the outcome of your case!