The Best Defenses Against A DUI Charge 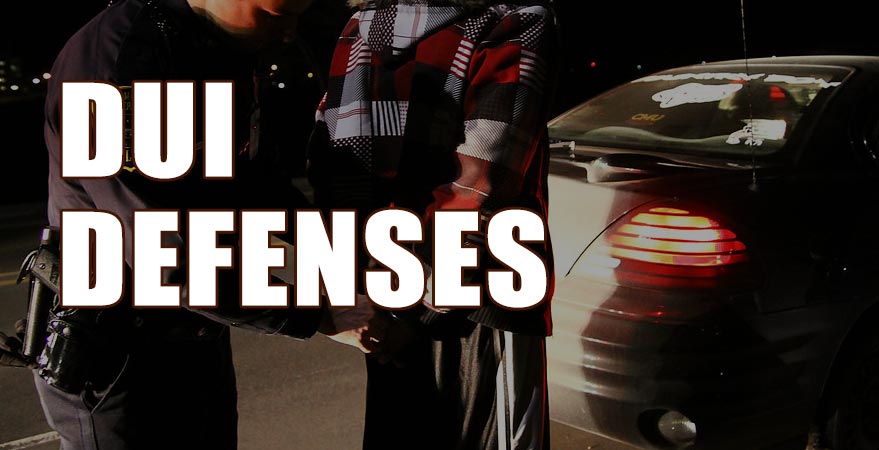 A Colorado DUI charge is a most dreaded offense amongst drivers.  No matter how you obtained the DUI, whether, by drugs, alcohol, prescription meds, or a combination, the consequences can be severe.  Most don’t set out to drink and drive but after a long night of fun, it can be far too easy to “think” yourself capable of driving home only to end up with a DUI.  If you are the unfortunate recipient of a Colorado DUI, it will be crucial to allow a competent attorney to assist you with the best defenses to help lessen your charges or even have your charge dismissed altogether.

Will Charges Automatically Lead to My Conviction?

Being convicted for a Colorado DUI results in many painful consequences.  Thus, it is important to be aware that the right legal counsel may make the difference between a conviction and having your charges dropped.  A skilled attorney can fight on your behalf, preparing a strong defense in your favor. There are several quality defenses that may be able to assist in getting your charges dropped.

Police officers are human beings just like everyone else and thus, are capable of making foolish errors.  If the arresting officer, in your case, made a mistake during the process of your arrest, your charges may be dropped entirely on the basis of this error.

It may seem obvious but the first step to an officer determining that you are likely intoxicated is pulling you over.  However, in order for this to occur legally, law enforcement must have probable cause for doing so. Even if this first step is done legally, at the time of the traffic stop it is important the officer has continued to follow proper protocol to determine you are suspect of driving under the influence.  If the officer has not done things correctly, your charges may be dismissed on the basis of rights infringement.

A lack of evidence can be a great reason to have your charges dropped.  The courts need substantial evidence to produce a guilty verdict. Evidence obtained at the crime scene is generally all the prosecution has to go on.  If there is not enough evidence or the only test conducted is a roadside sobriety test (which is considered unreliable) substantial evidence may not be present.  In such cases, the judge will dismiss the case.

While DUI checkpoints are legal, not everything that occurs at them is.  These checkpoints are often guilty of violating a person’s Fourth Amendment right.  If you experienced illegal search and seizure during a DUI checkpoint and are subsequently arrested for DUI, the judge will be required to dismiss your case.

No matter what the circumstances are surrounding your case, it will be imperative to contact an attorney experienced with DUI cases.  Each case is different, and a knowledgeable attorney will be able to identify the best defense based upon the specifics of your case. Even if the attorney is unable to have your charges dismissed completely, he or she can still find any weaknesses in the case against you to ensure the best possible outcome.  Due to the many unpleasant consequences of a guilty conviction, you can’t afford to fight alone. Allow the experts to make a bad situation better!