Skip to content
Previous Next
The Best Defenses for Drug Crimes

The Best Defenses for Drug Crimes 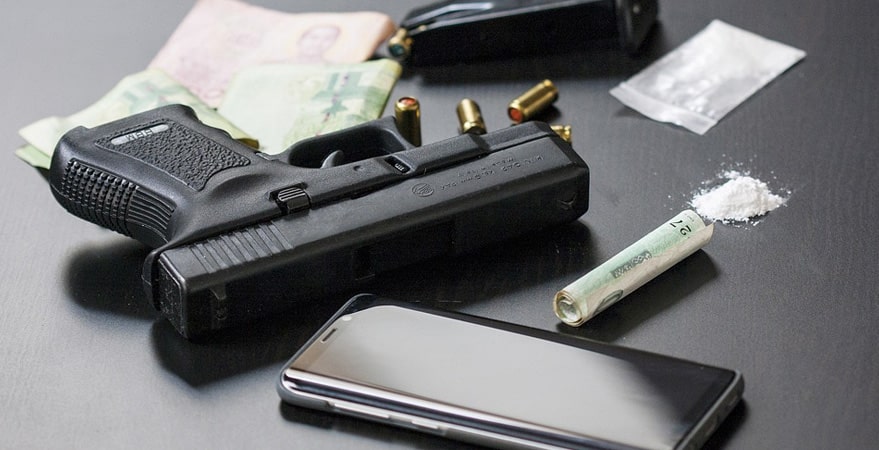 The mere mention of drug crimes can be frightening, conjuring up thoughts of long prison sentences and other unpleasant penalties. If you are currently facing charges for a drug-related criminal offense, such as distributing, possession, or manufacturing, you are likely overwhelmed by the potential outcome. No matter how bad things appear initially, don’t lose hope. A skilled criminal defense attorney can ensure your rights are respected and, in many cases, may be able to have your charges reduced on thrown out altogether. Continue reading to learn more about the best defenses for Colorado drug crimes.

Were Your Search and Seizure Conducted Lawfully?

Whenever you are facing drug charges, it is likely these happened as a result of law enforcement conducting a search and/or seizure of relevant evidence. While this is completely legal if conducted through the correct avenues of expressed consent or a search warrant; if the officer failed to respect your Constitutional rights (see Fourth Amendment) and illegally searched or seized your property, the evidence collected is automatically inadmissible in court. Take note that your defense team will be tasked with providing evidence that your rights were breached in order to use the “illegal search and seizure defense.” Furthermore, in the event that drug paraphernalia and/or illicit substances were in open view during the traffic stop, the officer is no longer subject to expressed consent or search warrants. He or she is legally permitted to search your vehicle and seize any relevant evidence that will be admissible in court.

Were You Stopped Legally?

Your charges could be thrown out if law enforcement stopped you without cause (walking or driving). If you are arrested as a result of an unlawful stop, these actions may be deemed unconstitutional.

Did the Drug Belong to You?

During the trial, the courts are always responsible to prove beyond a reasonable doubt that a person is guilty. If your vehicle is found containing drugs or paraphernalia, a viable defense is that the drugs did not belong to you. This defense is particularly useful if your car had multiple passengers in it, making it difficult to prove for certain that the substances did indeed belong to you.

Does Any Physical Evidence Remain?

Far more often than you may realize, drugs in evidence simply go missing. Drugs taken as evidence go through many hands before landing in an evidence locker. By the time trial comes around, this hard evidence may no longer be able to be located; thus, leaving the prosecutor without any physical evidence. When this occurs, it is likely your entire case will be dismissed.

Were the Drugs Really There?

In rare circumstances, you may be approved to file a motion, as well as a formal complaint, alleging that the arresting officer planted the drugs on you. As you might imagine, this defense is used sparingly as a judge will likely have confidence in the integrity of the officer’s testimony.

In undercover police work, law enforcement often utilizes informants to acquire the evidence they need. In some cases, this informant will heavily influence a suspect to commit illegal activities like furnishing or selling illicit substances to others in order to make a case. In such cases, it is possible for these actions to be considered entrapment if certain things occurred.

No matter how hopeless your situation seems, a skilled defense attorney can make a difference in your case by providing the best possible defense for you!