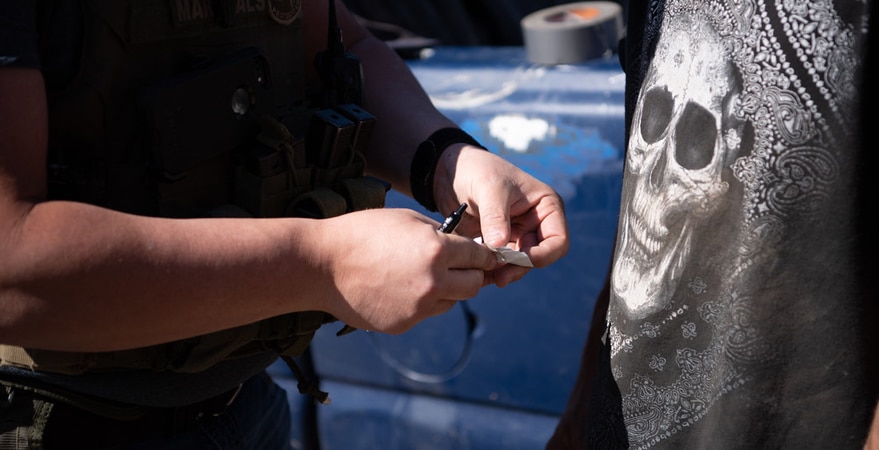 When you hear the words “drug possession,” do you picture extensive jail time, harsh penalties, and a lack of adequate resources to therapeutically address addiction? In the past, the overreaching attitude of the nation, as far back as the Reagan presidency, was the necessity for a “war on drugs.” This resulted in prisons full of non-violent offenders who were serving time for possession related incidents. As time has passed, many states are dealing with overcrowding in prisons and high rates of recidivism for those who formerly served time for possession.

As such, many states have begun considering new laws to approach drug possession from another angle. Colorado recently became a forerunner in this area choosing to decriminalize the possession of NOT ALL but some illegal substances. The governor has signed into law House Bill 19-1263, to lessen the burden on the prison systems by decriminalizing the penalties for those who have broken minor drug laws. The plan seeks to save money spent on incarceration, focusing on rehabilitating drug addicts and lowering rates of recidivism.

Understanding Changes to The Law

As with all laws, over time and as research continues, updates are made to address areas that are not working effectively and to reflect shifting attitudes/changing needs of society. The new law, although signed last May, has officially come into effect as of March 1, 2020. This law largely revamped prior legislation that was passed under the 2013 Uniform Controlled Substances Act. Its main focus was updating the protocol for drug possession related incidents. It impacts both how these incidents are charged and how, as well as when arrests will be carried out.

Despite the legalization of recreational marijuana, there are still laws governing its use. Charges and penalties related to breaking these laws have also been affected by the passage of the new law.  Thus, if you are found to be in possession of marijuana exceeding 6 ounces or concentrates exceeding 3 ounces, you will now be subject to a class 1 misdemeanor. For those found to be possessing less than 3 ounces of concentrates, the result will be a class 2 misdemeanor. For those who are found in possession of fewer than two grams of marijuana, no arrest will occur.

What Stayed the Same?

Despite many drug-related crimes requiring lesser charges, if you fail to appear in court as required, you will still face an arrest warrant as a result.

How Have Penalties Changed as a Result?

With lesser charges come lesser penalties. Thus, it is important to understand how possession related misdemeanors will be sentenced under the new laws.

One new change is the possibility that in lieu of jail time, offenders will be subject to drug treatment and/or community service.

For those who are convicted of a class 2 misdemeanor for marijuana possession, using illicit inhalants/other substances, or other synthetic substances (that fall under a schedule I or II drugs), potential consequences include one year of probation or the possibility of 120 days spent behind bars. For third-time offenders, the penalties will include a $500 fine and, as much as 180 days behind bars.

Colorado has paved the way for changes in how drug possession is handled. However, if you are arrested for any drug-related incident, it is always best to allow a competent attorney to help you navigate the uncertain waters of the legal system.