Skip to content
Previous Next
Was Your Breathalyzer Test Really Accurate?

Was Your Breathalyzer Test Really Accurate? 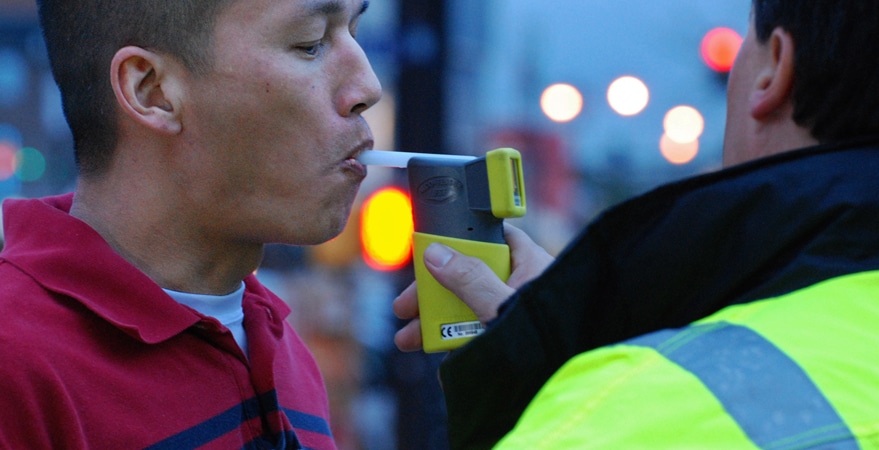 Have you recently been pulled over on suspicion of DUI that resulted in your consent to a breathalyzer test? Was the result the final nail in your coffin that led to you being charged with DUI? If this has happened to you, don’t lose hope. This scenario is quite common; however, did you know breathalyzer tests are often inaccurate? Thus, it is possible to fight against your charges based upon this fact. It is plausible that you may end up with lesser charges than expected or avoid being convicted altogether.

Continue reading to learn more about unreliable breathalyzer tests and the best defenses that can be utilized to ensure a better outcome for your case!

Not All Breathalyzers Are Created Equal

Did you know that law enforcement utilizes two very different types of breathalyzer tests? You may not realize it but both tests are not equally reliable with their results.

Police often utilize a platinum fuel cell version of the test, which is well-known for superior efficacy. Despite this fact, many law enforcement agencies still choose to use the other version that relies on inferior semiconductor sensors for results. These breathalyzers rely on the sensor to detect ketones. These results are easily confounded when they pick up other everyday substances instead of just alcohol.

Therefore, if police used a breathalyzer with a semiconductor to test your BAC it is entirely possible the result was not reliable, providing you with a solid defense against your charges.

Did the Arresting Officer Administer the Test Correctly?

As with all tests, improper administration will create skewed results. Thus, it is important that the officer did so properly, or your breathalyzer test cannot be considered reliable evidence of your guilt. He or she should have proper training on how to use the breathalyzer machine, how to instruct you on its use and take care to administer the test twice to ensure a consistent result.

If any of these steps were not properly conducted, you may have a viable defense against the accuracy of the charges against you.

Has the Machine Been Properly Maintained?

In order for a breathalyzer to produce an accurate reading, it must undergo regular maintenance on its calibration. If it is even slightly off of proper calibration, the result could be severely skewed. Even a minor temperature calibration (one degree incorrect) could provide a monstrous increase of 8.6% higher BAC level than is accurate.

Thus, it is crucial that the breathalyzer used for your test was properly maintained or you will certainly have a convincing argument as to your innocence.

Your Health Has an Impact

Breathalyzers may produce unreliable test results if the person has certain medical conditions, such as asthma, cystic fibrosis, emphysema, etc. This is due to increased mucus that causes the machine to show higher than accurate levels of alcohol within the results.

Furthermore, diabetics are also at risk for an inaccurate result as it will show acetone on the test that creates a false positive. Even those with acid reflux are at risk for the same phenomenon, as are those on high protein diets.

Even your body’s natural chemical make-up, such as a high or low red blood cell count can impact your test results. The tests are simply unable to detect these unique differences in people and thus may produce less than reliable results.

Anything from using mouthwash to being exposed to various types of household chemicals just prior to a breathalyzer test could produce an inaccurate result.

If you have been arrested for DUI and have a positive breathalyzer test, don’t lose hope. Contact an experienced DUI attorney right away that can fight for you. You may be surprised at your many defense options that could lead to your charges being thrown out altogether!